This week, we're bringing you five fun-filled events happening around the Valley!

Our Team is Growing

The Amy Jones Group is growing! We are looking for EXPERIENCED agents to join our Southeast Valley team. Known for our excellent client care, exceptional negotiation skills, world class digital marketing, and being trusted advisors in the SE Valley for more than a decade - we are looking for hard working, ethical, creative, real estate professionals who love to learn and thrive in a team environment, where giving back and giving to each other is important to our overall success. For more information on who we are and how to apply, visit:

Email your resumes to - [email protected]

As the monsoons rev up to chase the afternoon sun, East Valley homeowners have got their eye on the storm as they watch interest rates fluctuate, inventory counts rise, and rapid appreciation give way to a shifting sellers market that proves to be as fun to watch as that time the neighbor's trampoline came flying over the wall.

Who would have thought that in the year following the onset of a major global pandemic, we would be reporting some of the most astronomical gains in property values that the state has ever seen. Well, we did, kinda. Anyone who doesn’t credit hindsight being 2020 even a little probably has a head that won’t fit through the front door anymore, but there definitely have been clear signs that we’d be in a seller's market for a bit, and there’s been even clearer signs that we’re slowly making our way out of it for months now.

If we take a look at some of the numbers here in the East Valley, you might be surprised to find that we actually have more inventory on the market than we did last quarter but still not quite as much as we had last year or even two years ago. We’ve had about a 10% increase in inventory since March which while still down 35% year over year, a significant improvement from our peak of more than 60% deficiency in inventory.

Meanwhile pending contracts have been declining for weeks now signifying some dampening of demand as skyrocketing prices cause some shell shock and the summer weather once again returns as a seasonal impact on the market. Days on market continue to fall as a reminder that houses are still selling, properties are still appreciating, and we are still in a seller’s market because there still are not enough homes for people to buy. 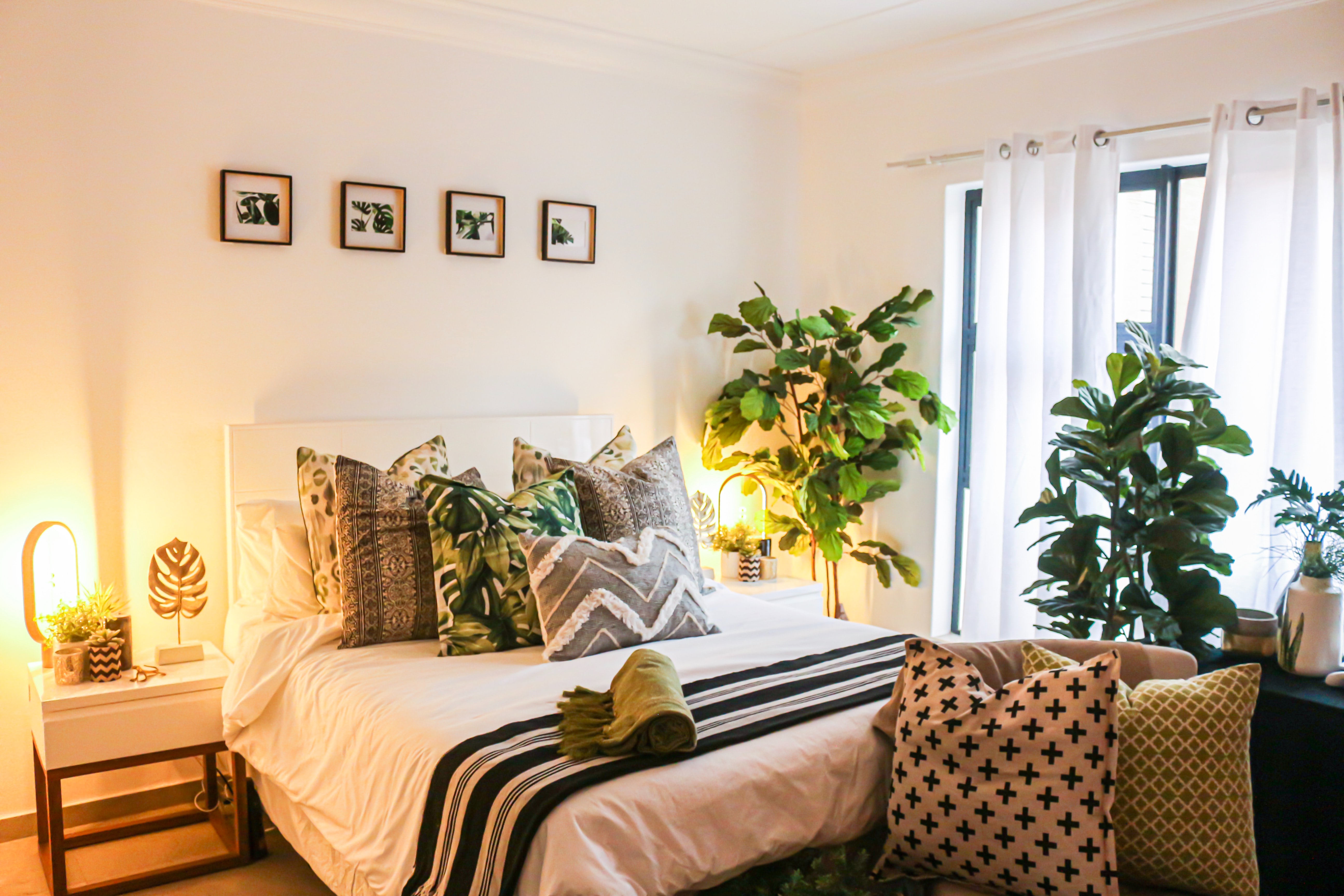 Selling a home in Chandler, Gilbert or Mesa can be challenging. Find out how The Amy Jones...

Even with faltering demand and the expected rise in inventory due to an end to the moratorium on evictions and the forbearances offered during the height of COVID-19, most sellers have an equity position of greater than $100K which has kept foreclosures to less than 1000 valley-wide as compared to 45,000 in 2009. Builders continue to adjust their selling strategies to capitalize on the 35% appreciation the resale market has seen after reporting just a 5% increase in new build median pricing over the Summer. Buyers who are expecting the bottom to fall out of the market because of a rash of short sales or an excess of new construction - will likely be sorely disappointed.

There is no shortage of perspectives on the current housing market, but keeping an eye on the rate of new listings hitting the market and the percentage of houses that are listed that actually sell are going to be some of your best predictors for how long we’ll continue to see a rise in prices and multiple offers. We are already seeing the rate of showings going down, the number of offers declining, and a change in the concessions buyers are offering and sellers are expecting which is in-line with the fastest increase in listing counts since February of 2020 and a listing success rate in the 90's when average would be between 60%-70%.

While national news media sources will likely pickup on a decline in average dollar per square foot over the last few weeks, properties under $1M have continued to see an increase in their numbers topping $246.94 average list price per square foot this week - with overall valley numbers declining as the number of luxury listings typically bought and sold in the summer declines and their high dollar per square foot averages are pulled out of the total. This is why being in tune with your local market can help you avoid leaving money on the table and why working with a local professional ensures that  you aren’t getting a sales person, but rather a strategist who understands the options and can empower you to make the best decision for you and your family. 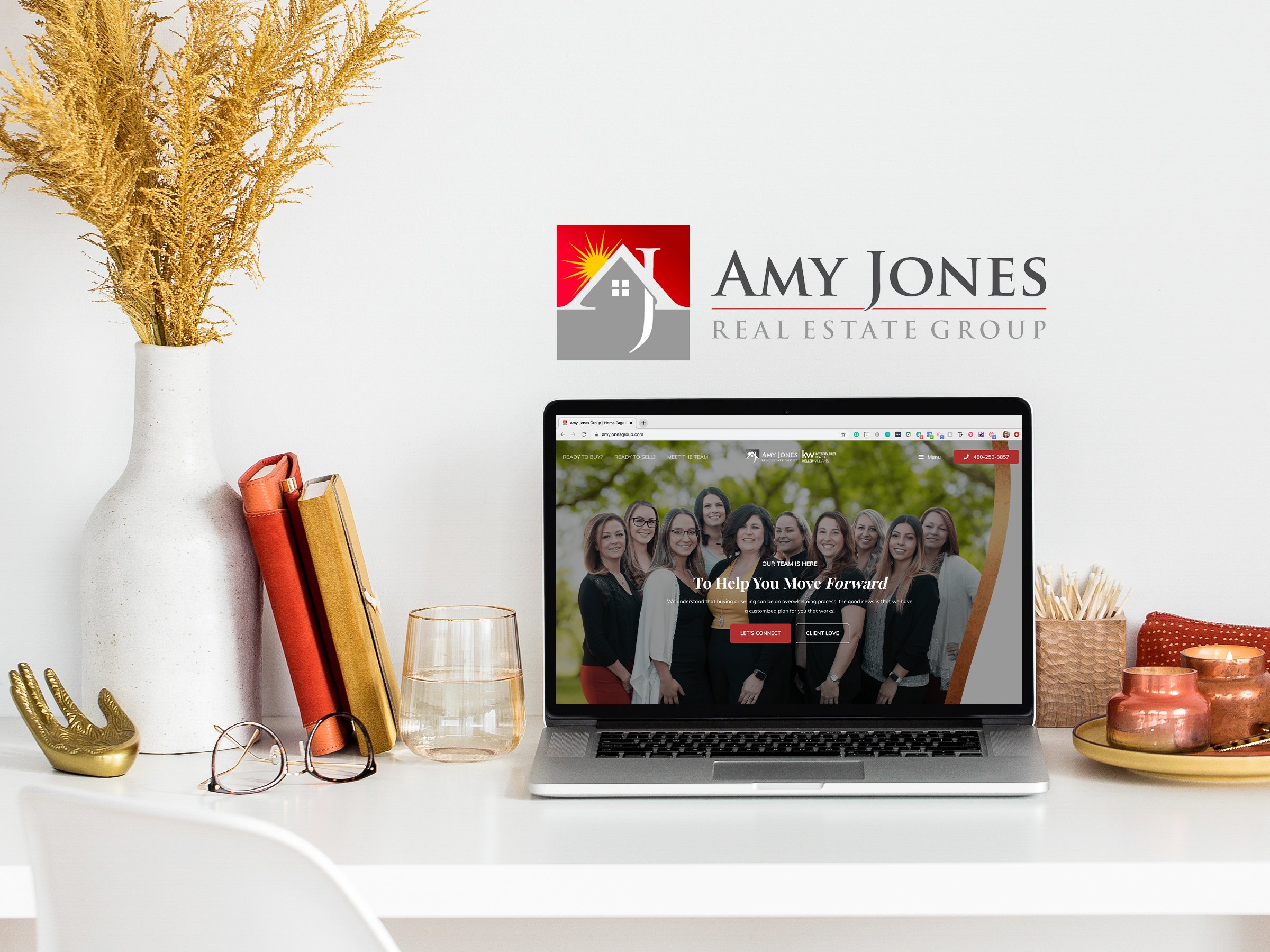 Give us a call to schedule an appointment!

We're just a call, text or email away.

The next few months will prove pivotal as we move from a frenzied seller’s market into more of a balanced market. Depending on the rate of new listings and the pace at which buyers return to the market understanding the potentially key opportunity they have to take advantage of more inventory and more negotiation room before interest rates rise, we could see a dramatic change in selling conditions by the end of the year. Remember, that more negotiation room and even more price reductions does not mean cheaper houses - that ship has sailed for now. It means that  while cities like San Francisco and New York struggle with affordability indexes in the teens, a family making the median income in Greater Phoenix can afford more than half of what is on the market today.

Just like the palo verde tree that didn’t make it through list night’s windstorm, however, there will be casualties of today’s market. House of Refuge CEO, Kayla Kolar, recently spoke with the national news media about the housing challenges many low income families face, "We do see families that come in that have never been in this situation before," she says. While there will continue to be opportunity for those that can take advantage of it, we’re asking the East Valley to ensure that no one is left behind. For more information on House of Refuge, Gilbert Chamber of Commerce 2021 Disaster Response Award Winner, and the work that they do - please visit www.houseofrefuge.org. Have fun with family & friends at our hands on cheese making experience. Learn to make 3 worldly cheeses from Italy, Spain & Greece. World Cheese Making Night - Learn 3 cheeses in 2 hours - Italy, Spain, Greece
Due to limited space, this is a prepaid event, no tickets will be sold at the door.
Refund policy: Minimum 7 days prior to event for Class Fee, Eventbrite Fee not refundable.
During this Cheese making experience, you will learn about 3 cheeses found throughout the world and how they are made. We will start with the Basket Cheese from Italy, followed by Queso Fresco from Spain then learn how to make a Feta from Greece. These cheeses can be quickly made and can be eaten as soon as they are completed or aged for that perfect taste.
Each group of students will start with milk and finesse it over the course of the class into these Cheeses of the world. Participants will learn the best choice of milk to use in cheese making, along with learning why & how we use special cheese cultures and the enzyme rennet to transform the milk into cheese. This class & variety of cheeses and techniques will start you on your way to becoming a world-wise cheesemaker.
Not only is the class fun, but the cheeses are easy to make and require minimal specialized ingredients or equipment. You will leave the class with your own copies of the recipes, the cheese we made, and the knowledge to make your own cheese at home. Food and drinks are available for purchase at this venue. 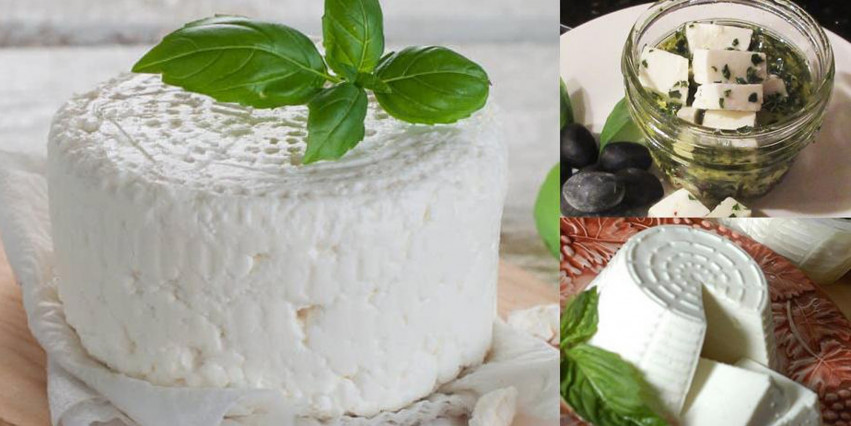 Learn how to decorate cookies like a pro in the Arizona Themed Cookie Workshop. Students will leave with cookies so beautiful their friends and family will think they bought them at a bakery! Students will learn flooding and piping techniques to decorate cookies for any occasion. This workshop is recommended for adults and caters to all skill levels!

*Designs are subject to change however, they will always be Arizona themed

All supplies will be provided in class. We're excited to share that the Town of Gilbert, AZ will be showing their support. The Gilbert water tower lights will be changed to blue!

The lights will be changed from sunrise July 16th until sunset July 18th.

Feel free to stop by if you live in the area. Please take photos to share with us! Use #Blue4MECP2 if sharing on social media. 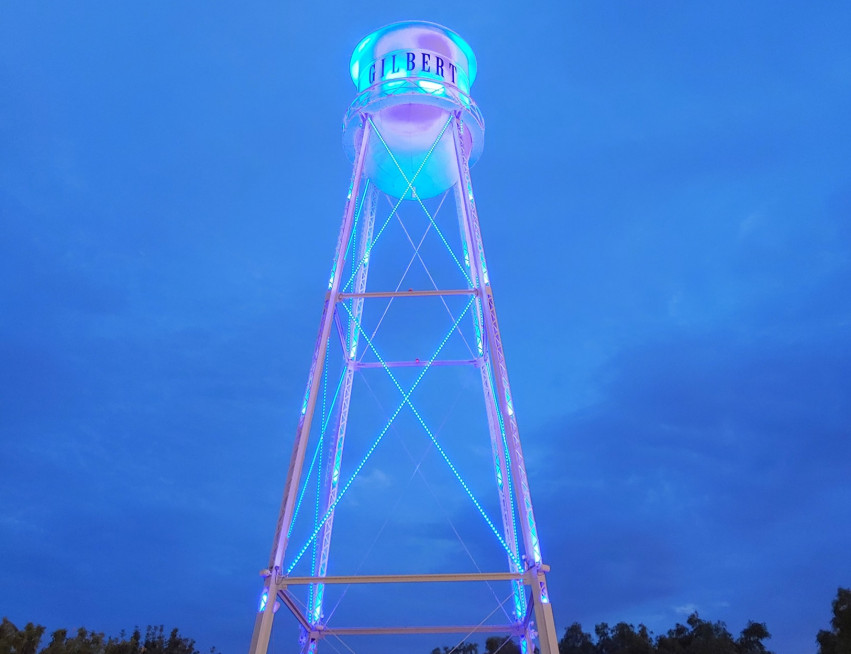 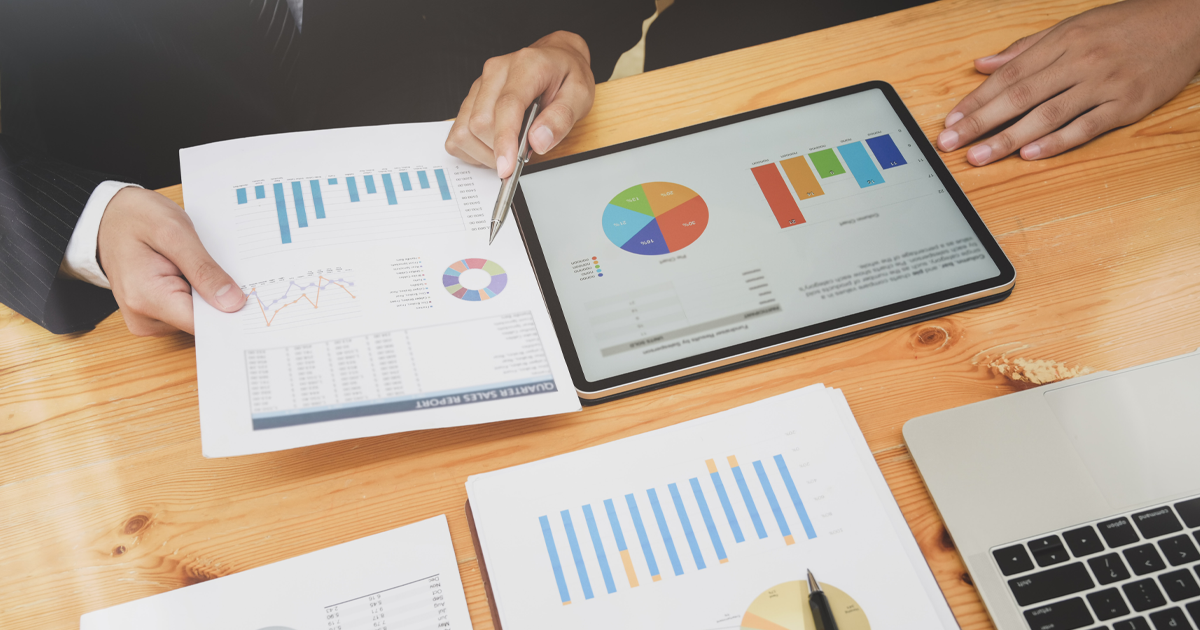 😲 In Case You Missed It! Just looking? These 7 Home Features Should Be On Your Radar

Even if you're not quite ready to purchase a home, keep these tips in mind for a stress-fr... 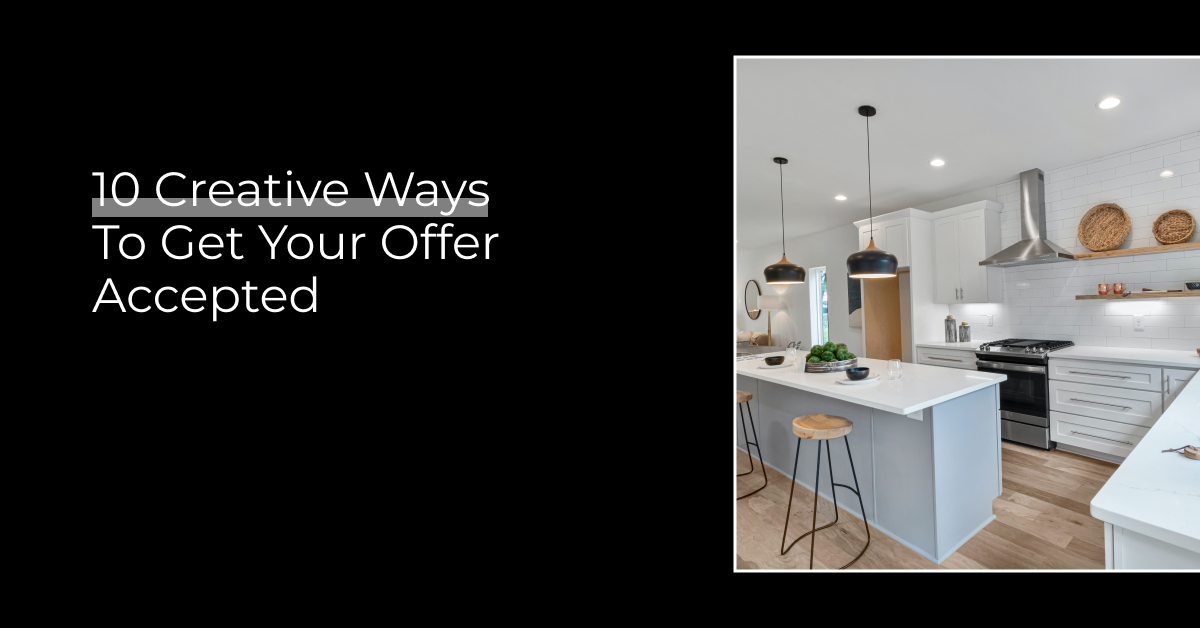 10 Creative Ways to Get Your Offer Accepted

When even fixer-uppers inspire bidding wars, here's how you can make your offer even more ... These real-life homeowners show how you can turn any property into a dream home.... If you want to sell your home but the inventory is too low you may be asking yourself &quo... Millions of people are working from home for the foreseeable future. Follow our home offic...

Thinking about buying or selling a home?

Find out what your home is worth.